Click on any of the dates below to find out more

Click on any of the dates below to find out more

Moving, uplifting, and funny, Shoulder to Shoulder tells the real-life stories of men overcoming loneliness and social isolation. A top-flight ensemble of singers and musicians bring stories to life on stage this October. Shoulder to Shoulder is produced in partnership with Men’s Sheds Cymru.

WELCOME to Swansea City Opera. Since 2006, we’ve toured high-quality opera to venues throughout the UK. Our tours include many theatres that rarely programme opera. Swansea City Opera aims to make the world of opera accessible to everyone.

In partnership with Mens Sheds Cymru  we have developed a new chamber opera called Shoulder to Shoulder. See the video clip and the many brilliant audience reviews here!

One of the highlights of touring opera is our work with local community choirs. They sing alongside our ensemble of professional singers and musicians in some of the world’s greatest operas, from Mozart’s Don Giovanni to Verdi’s La Traviata to operas less frequently performed, such as Delibes’ Lakme.

We believe music is a universal language. Singing builds connections between people, develops self-confidence, and allows people to discover more about the craft of staging a professional opera. Working with local communities became one of the most satisfying and inspiring elements of our work and something for which we’ve become renowned.

Due to the huge demand with many more people wanting to take part in the project, we’ve launched a fundraising campaign through Local Giving

Through outreach work in 2020 – 2021, we developed a partnership with Men’s Sheds Cymru, part of an internationally acclaimed movement founded in Australia which improves men’s well-being. Men’s Sheds Cymru supports men experiencing, and at risk of, loneliness and social isolation.

The opera composed by Lenny Sayers with a libretto based on ‘Shedders’ stories ranging from the funny to the moving and thought-provoking was written by Brendan Wheatley.

Soprano Jess Robinson who plays the role of Gwen is a finalist in the Welsh Singers Competition where five of Wale’s country’s most talented young singers are competing for the opportunity to represent Wales at BBC Cardiff Singer of the World in 2023.

Singing alongside the professional opera artists are community choirs of ‘Shedders’, their friends and family and members of local choirs who appear on different dates on the tour of Shoulder to Shoulder.

As well as the work we develop in the UK, we’re building on our reputation – nationally and internationally – for our engagement work.

In 2019, we were delighted to be the first Welsh arts organisation to be funded by the British Council Cultural Protection Fund.

We developed Our Heritage, a unique programme in Lebanon, funded by the British Council’s £30 million Cultural Protection Fund, which collected the unique cultural heritage traditions and memories of Palestinian and Syrian refugees. There are 1.5 million Syrian refugees in Lebanon; many people have been displaced for half a generation making it vital that Syrian culture – from dance to singing and music – is preserved. Palestinian refugees first arrived in Lebanon during the 1940s. The Shatila refugee camp was established over 70 years ago, meaning new traditions of festivals, music, and oral history have developed over the years.  You can read more about Our Heritage here.

We want to develop more partnerships with other Men’s Sheds Cymru groups and other community projects in both Wales and England. Swansea City Opera is also keen to develop international collaborations building on the success of our British Council project.

If you’ve got a project idea that you’d like to talk to us about, please get in touch:  enquiries@swanseacityopera.com 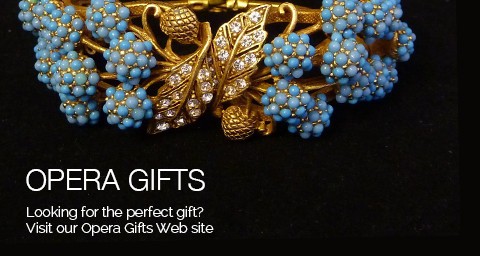